You are here:
cold chamber manufacturers 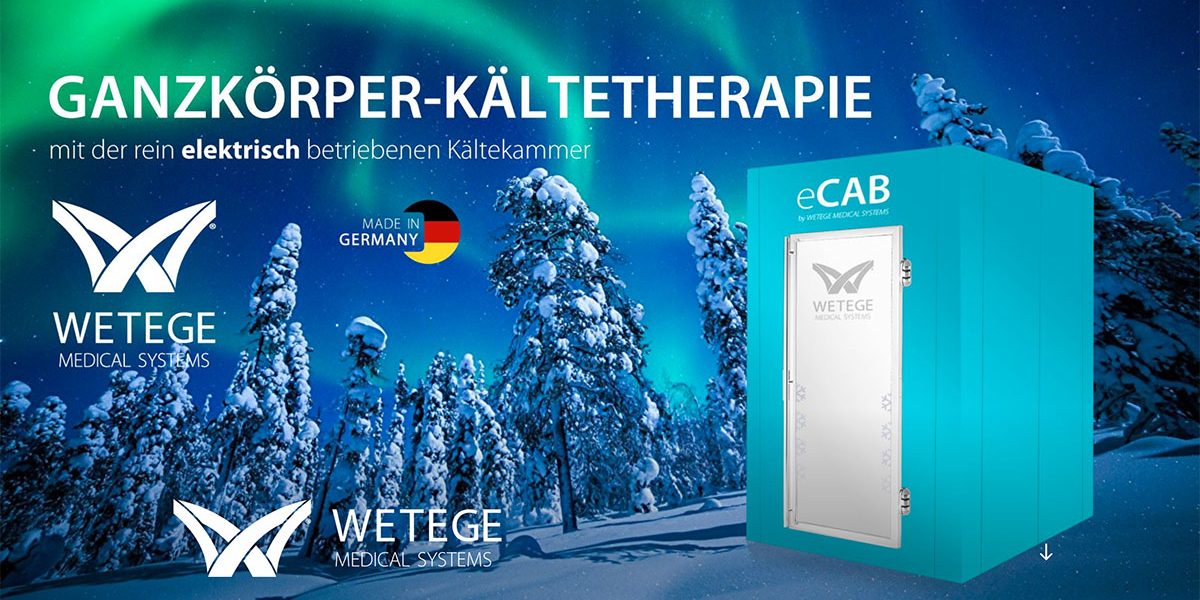 With its revolutionary cold chamber eCAB, WETEGE Medical Systems has combined the positive effects of cold therapy with modern technology. Thanks to the purely electronic cryo chamber eCAB, it is safe and economical to operate. Compared to conventional cryosaunas operated with nitrogen, eCAB is very economical.

Thanks to the WTG Cooling Cycle process from WETEGE Medical Systems, the cooling process is unique and more effective than that of the competition. Using precise sensor technology and a specially designed app for the eCAB cold chamber, the cryo chamber can be operated in a user-friendly way without compromise. The ice sauna eCAB can be precisely controlled, guarantees highest operational safety and permanent control over all parameters such as temperature, treatment data, malfunctions and patient condition in real time.

The cooling of the cold chamber eCAB is ensured by powerful compressors. The ambient air is cooled down electrically to produce the cold. The dry air in the eCAB full-body cold chamber makes cryotherapy bearable for the patient.

Effectiveness is a top priority at WETEGE Medical Systems. This means that the waste heat produced can be recycled in a useful way through heat recovery.

The advantages of the eCAB cold chamber from WETEGE Medical Systems

We have all the important market information ans possibilities at our disopsal through Webbonus AG to enable you a successful start in the field of whole-body cryotherapy. Our competent advice will save you time and give you useful tips!
Call us, ourexperts will advise you for free

All manufacturers
Go to Top
In case you want to change your privacy settings (e.g. issue consent or revoke an already issued consent) please click on the button below. Settings